This comedy-drama from Richard Ayoade, who plays Maurice Moss in The IT Crowd, explores the difficulties faced by a 15-year-old adolescent boy, Oliver Tate, to survive at school, lose his virginity before he turns 16, but also to try and save his parents’ marriage.

Submarine captures the awkwardness of Oliver’s first relationship, and the anxiety and perception of a misfit child who thinks his parents will split up.

It paints a gritty, realistic picture of the obstacles in life, and audiences could probably relate to Oliver, who carries a briefcase and has difficulty being popular.

Submarine carefully and intricately paints the rocky teenage period and troubles faced at that age.

The story line does drag on, and would’ve been better off shortened by about 20 minutes, but it is funny and insightful and takes you back to a certain time in your life, where you sat in a classroom and perhaps, like Oliver, who is played by 20-year-old Craig Roberts, became consumed by your own inner monologue and zoned out of reality. 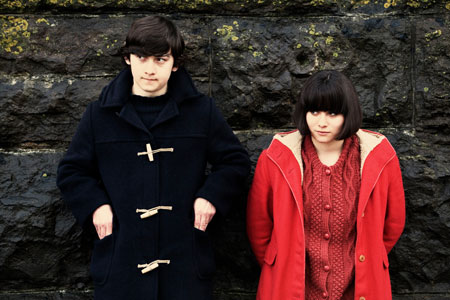 The film feels like it is set in 1970 or 1980 – there are no mobile phones, no Facebook or laptops. Instead there are pay phones, Polaroid cameras and cassette tapes.

Ayoade intended for this – he said he wanted to remove the social necessities of now in the film, which premiered in October 2010.

Oliver’s first kiss with his first unromantic and moody girlfriend Jordana, “whose only downfall is her eczema”, is captured fantastically.

He recalls the kiss with Jordana, who is played by Yasmin Paige, like this: “Her mouth tasted of milk, Polo mints and Dunhill International.”

Submarine is full of hilarious one-liners of this kind, which really capture the essence of adolescence. Added to the mix are themes of bullying, depression and mortality.

When we meet Oliver at first, we sense that there is some dislocation within him as he endures life by imagining alternate realities.

He’s socially inept, a little awkward, but he grows through the film as we witness an awkward relationship unfold between him and Jordana, both sporting their duffel coats.

Issues between his parents eventually come between this relationship, as an old love of Oliver’s mother, who Oliver calls “a ninja”, comes into the picture and threatens to break up their family.

Watching Oliver try to prevent this by making routine searches of his parent’s bedroom, by popping pills and making tiresome bike rides, is stark and harsh, and gives a deeper meaning to his character.

I’d give it a 3.5 out of 5 simply because it drags on a little too long, but will have you chuckling.

Submarine is released in the UK on 18 March.