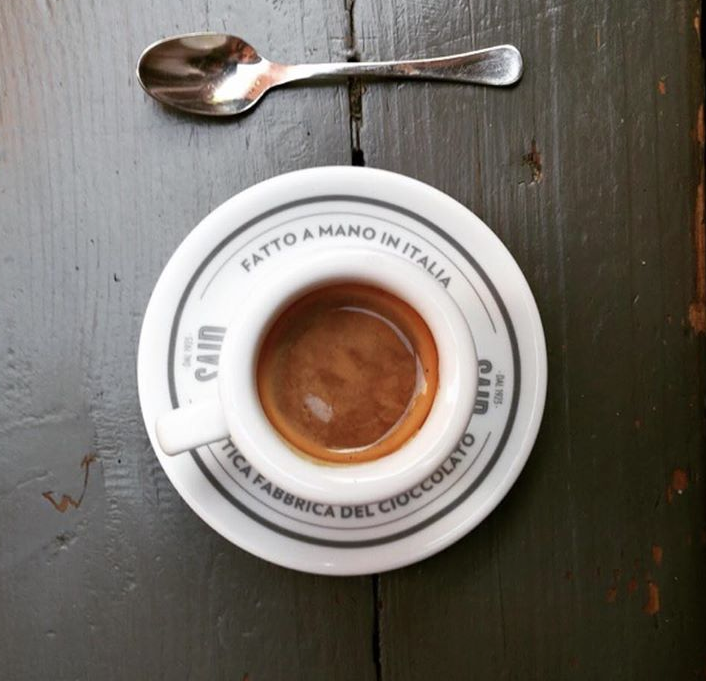 Word on the street is that Said serves up one of the best hot chocolates in London. It’s true. A cup of heavenly thick, rich molten chocolate, it is best devoured with a spoon. The taste of pure, melted, quality chocolate comes through with every mouthful – and between them it’s so satisfying to dip and swirl a spoon in the gooey liquid before you.

Said Dal 1923, as it’s officially known, is the London branch of a well-established chocolate shop in Rome, so it uses real handmade chocolate in its drinks – there’s not a trace of that powdered or watered down stuff here. And while the hot chocolate deserves to be shouted about, there’s another hidden gem here that shouldn’t be missed.

Chocolate bubbles behind the counter of this cosy little boutique shop-cum-café on Broadwick Street in Soho, and slabs of chocolate line the window and shelves. When we arrive at 8.45pm on a Monday evening, every seat is taken. To reiterate, it’s Monday evening, and it’s a full house. 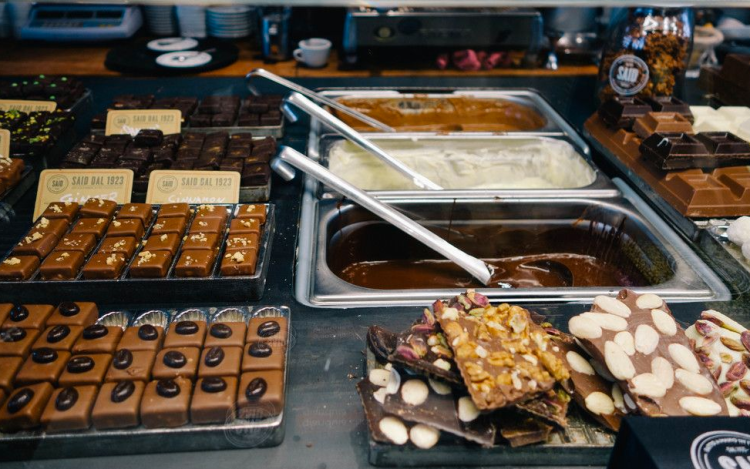 It’s clear to see that Said’s hot chocolate is popular – looking around at least 60% of customers have an empty cup in front of them, but there are also quite a few people forking cake into their mouths, sipping on coffee and munching on chocolate.

We’re soon seated next to a roaring fire in the centre of the café, it’s the epitome of cosy. Browsing through the four-page menu, it is full of sweet and savoury delights. As well as chocolate-coated strawberries, homemade cakes, profiteroles, tiramisu, ice cream, cheesecake, chocolate pizza (yes, it’s a thing, coated with Said’s own version of the popular Nutella spread, jars of which are available to buy), there are teas, coffees, and savoury items available.

There’s so much to tempt us that we can’t quite make up our minds. I quickly decide that this will become my new dessert spot so I can work my way through the entire menu.

After much umming and ahing, we opt for one milk hot chocolate (£2.50) and one dark hot chocolate (£2.50). It quickly arrives, and as we’re trying to scoop up every last drop, a plate of profiteroles arrives at the table beside us. There are three large profiteroles, each respectively drenched with warm white, milk and dark chocolate. The guy seated opposite me is about to take a bite and sees me eyeing them up. “They’re really good,” he says. I put an order in for them. The profiterole-eating man couldn’t have been more right. I’m so deeply grateful for his tip-off. The profiteroles (£8) are a MUST – the best I’ve ever tasted in all my 26 years on this planet. But eat them quick, while the chocolate is still hot. And eat them in this order: the white, the milk and then the dark, so you get the optimum flavour from each. If there are two of you and you only order one plate as we did (it’s plenty!), cut each one in half so you get to sample every chocolate flavour. You can thank me later…

One thought on “A chocolate lover’s paradise: Said in Soho”