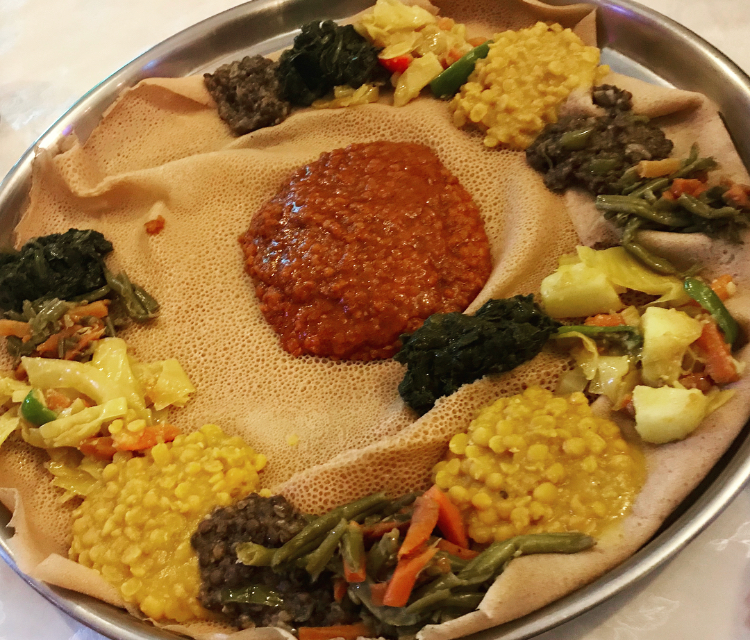 It’s best to give your hands a good wash before you sit down to eat at authentic Ethiopian restaurant Abyssinia, because if you’re embracing the dining experience, you won’t be getting any cutlery.

The restaurant in Cricklewood, north-west London, prides itself on being the first and oldest Ethiopian restaurant in the city. As first-timers to the cuisine, we took guidance from the smiley owner on what to order. Within seconds he’d decided on two dishes: the vegan combo and the meat combo (each about £26, and big enough to serve at least three people). 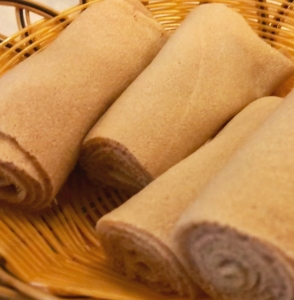 Soon enough, two extra large plates were placed before us. On one, mounds of colourful vegetable curries and stews were dotted atop a giant spongy sourdough flatbread (known as injera). On the other, a mixture of vegetable and meaty curries, following the same formula. Two baskets of extra injera rolls were also placed on the side.

The idea is that you tear a piece of the injera and use it to scoop a mouthful of curry. It’s very much a hands-on, sharing experience, as you’re all eating from the same gigantic plate.

The vegan version was everyone’s favourite. It featured different mash ups of veggies, lentils and pulses, that were in turn spicy, nutty, creamy and delightful. The meaty mounds were well spiced and tender, and also very good, but the simplicity of the vegan combo really got our attention – and it tasted fresh and healthy to boot.

The soft, spongy injera had a great texture, so it was fun to touch. We kept picking at the food all evening – chatting and taking short breaks in between scoops. The beauty of it was that we felt very satisfied and full by the end – a ‘good’ full, not the sort where you’re in need of a lie down, which could be down to the fact that all the food was gluten free. After all that dipping and scooping my fingertips had received a good bathing in curry sauce, which reminded us of the similarity between Indian and Ethiopian food.

The portions were very generous – between the five of us we were shocked that we didn’t manage to clear either of the plates – and very well priced (the bill came to just £80, including two bottles of very good red house wine). We all thoroughly enjoyed the food and the relaxed service, and agreed we’d like to visit again.

A note on the restaurant itself: it’s small, simple and basic looking (and probably in need of some loving). There’s no extensive wine list – just a house white, house red and house rosé – and there’s not really a need to reserve a table in advance or dress up. 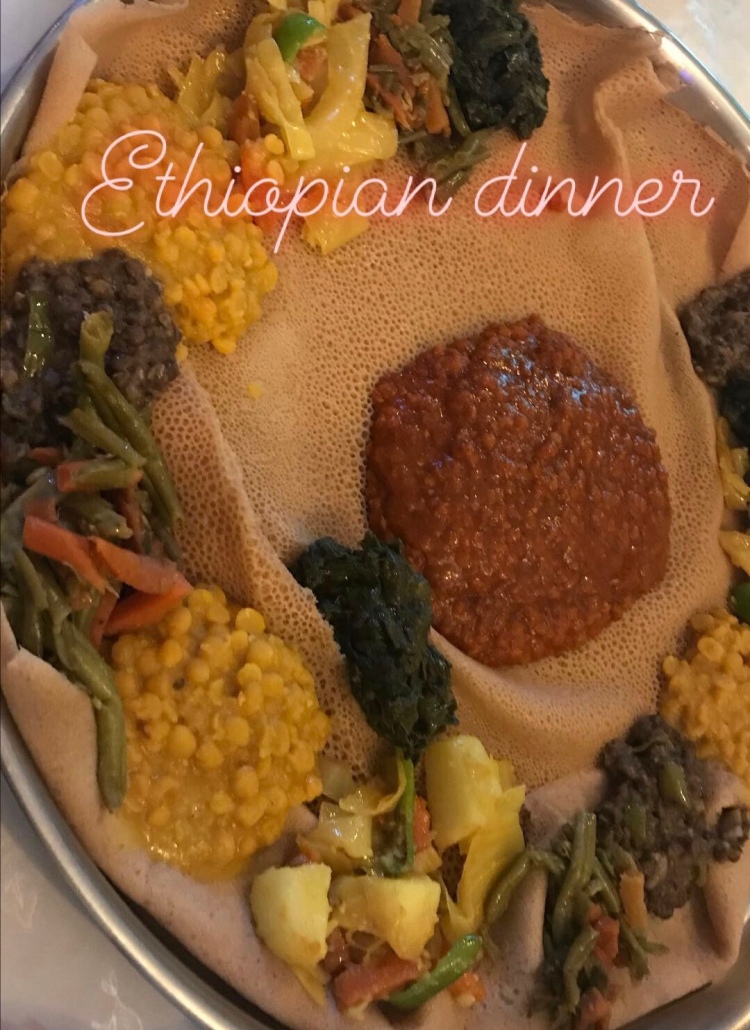 PS Sorry for the silence lately, I’ve been busy scoffing food for Time Out – you can read my latest restaurant reviews here.